Under the patronage of His Highness Sheikh Mohamed bin Zayed Al Nahyan, President of the UAE 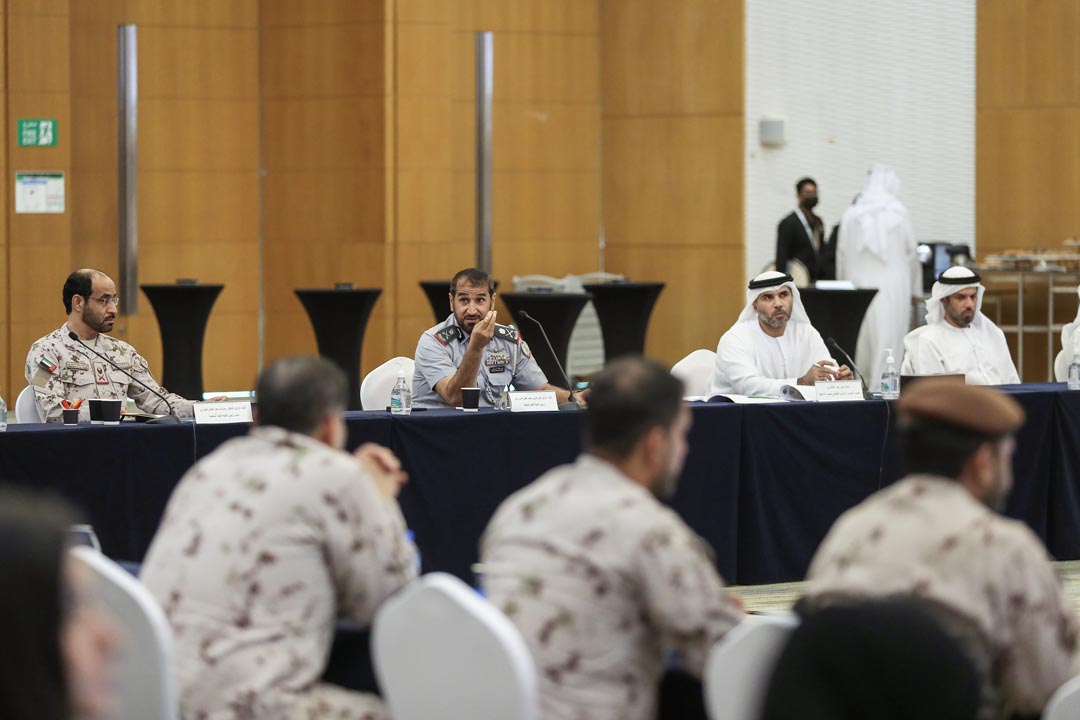 Abu Dhabi, UAE, 3 October 2022: The Higher Organizing Committee for the 16th edition of International Defence Exhibition (IDEX 2023), and the 7th edition of the Naval Defence & Maritime Security Exhibition (NAVDEX 2023), held under the patronage of His Highness Sheikh Mohamed bin Zayed Al Nahyan, President of the UAE, taking place on February 20-24 2023 at Abu Dhabi National Exhibition Centre. The meeting discussed preparations for holding an exceptional edition, which will mark 30 years since the launch of IDEX and 12 years since the launch of NAVDEX, which are the biggest events of their kind in the region and the world.

Organized by ADNEC Group in collaboration with the Ministry of Defence, the events provide an international platform to showcase the latest international defence innovations and technologies, along with the most advanced technology and equipment developed by defence industries across the world. Additionally, the exhibitions offer the opportunity to establish strategic partnerships with the leading companies specialized in the defence and military industries from around the world. 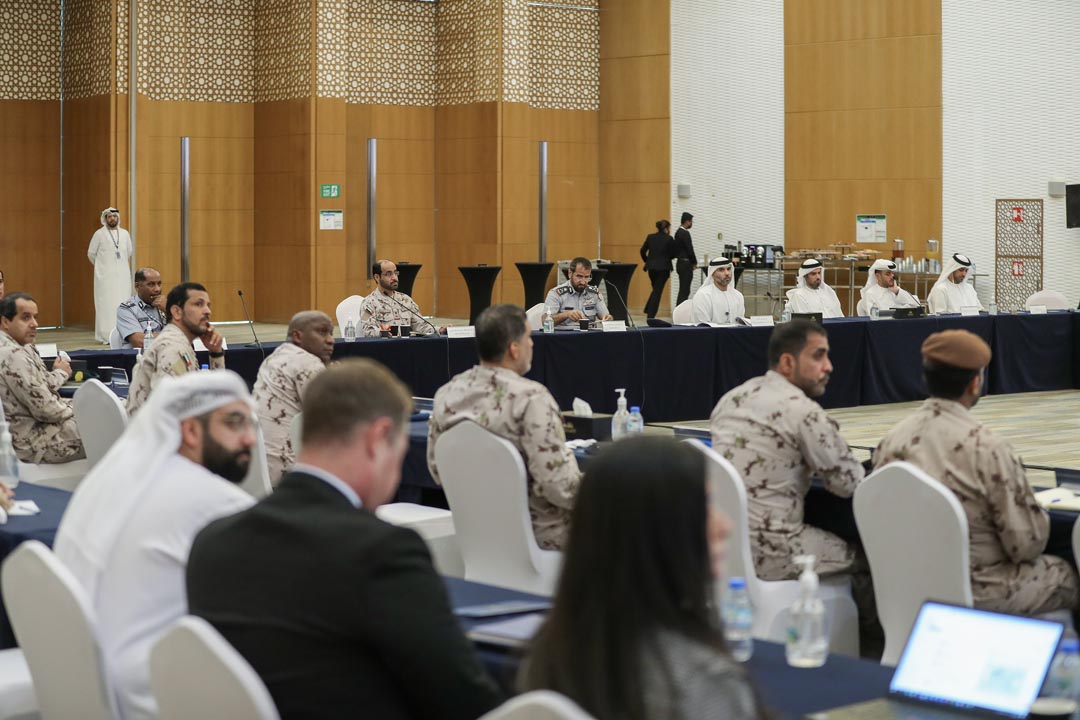 His Excellency Staff Major General Pilot Faris Khalaf Al Mazrouei, Chairman of the Higher Organizing Committee for IDEX and NAVDEX, said: “Thanks to the directives of our wise leadership, the UAE has been able to build an advanced system for the national defence industries. This year’s edition represents an exceptional opportunity to further Abu Dhabi’s position as a leading global hub, and demonstrates the Emirate’s capability to host one of the world’s most strategic and vital defence exhibitions. Since its inception 30 years ago, the event has succeeded in contributing to the development of national competencies and industries by providing a platform to promote global expertise and the experiences.”

His Excellency Major General Dr. Mubarak Saeed Ghafan Al Jabri, Deputy Chairman of the Committee, said: “The Ministry of Defence has confirmed that supporting the defence industry is a top priority as a vital industry for strengthening and supporting the UAE national economy. Hosting important exhibitions such as IDEX and NAVDEX have contributed to driving Abu Dhabi’s position as a global destination for the defence and military industries. Over the past 30 years, IDEX and NAVDEX have witnessed remarkable development in the volume of deals and the number of exhibiting companies seeking to showcase the best innovations and learn about the latest trends and developments in these vital sectors.” 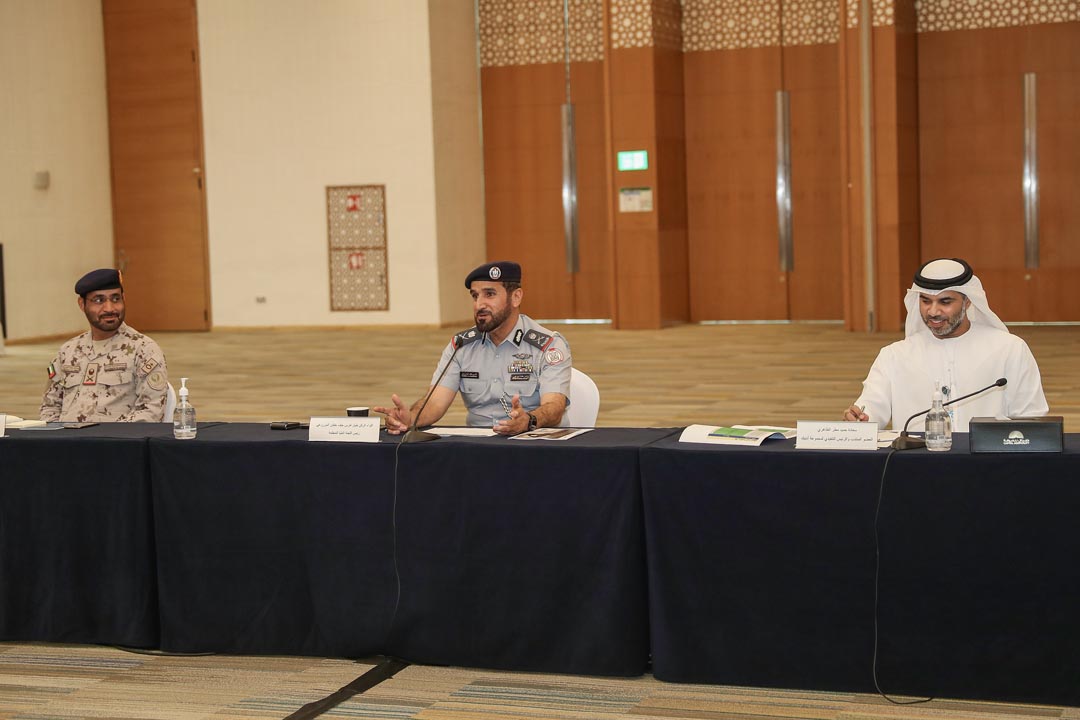 Humaid Matar Al Dhaheri, Managing Director and Group CEO of ADNEC Group, said: “The next edition of IDEX and NAVDEX will be exceptional on all levels, as it is a success story that has progressed significantly in the past three decades. Hosting this important event aligns with ADNEC’s strategy to cement Abu Dhabi’s standing and reputation as a capital for business tourism, defining the road we will follow during the next fifty years in accordance with the aspirations of our wise leadership for supporting and developing these vital and promising sectors.”

“The next edition will witness record participation from pioneering international organisations, specializing in these vital sectors. This affirms our commitment to enhancing partnerships and cooperation with all stakeholders, and employing all resources to organize an exceptional edition that will be the biggest in history and fit for the reputation and standing of the UAE on regional and international levels.” He added.

The IDEX and NAVDEX exhibitions constitute a mainstay in the efforts of the ADNEC Group to support diversity and achieve a positive impact on the national economy, whether by providing opportunities that contribute to the development of sectors and the work of various national companies or by organizing and hosting major events that attract visitors from different countries from around the world. Over the past 30 years, IDEX and NAVDEX have played an important role in the development of the local defence industries sector, in addition to their important role in consolidating the position of the capital Abu Dhabi, as a destination for major events and a destination for companies to enhance their presence and presence in the region’s markets.

This year’s edition coincides with the 30th anniversary of the launch of IDEX, the largest event of its kind in the region, and the 12th anniversary for NAVDEX, which attracts the largest companies in the defence industry in the world, while this edition is expected to witness a high-level global turnout by leaders, decision-makers, ministers, senior officials, experts, and specialists from all over the world.

IDEX and NAVDEX provide a world-leading platform that showcases the latest innovations and technologies in the international defence sector, as well as the latest technologies and equipment developed by these sectors from around the world. The previous edition of the two exhibitions in 2021 was a resounding success, as it received more than 62,000 visitors and more than 900 local, regional, and international companies from 59 countries, in addition to hosting 35 national pavilions.